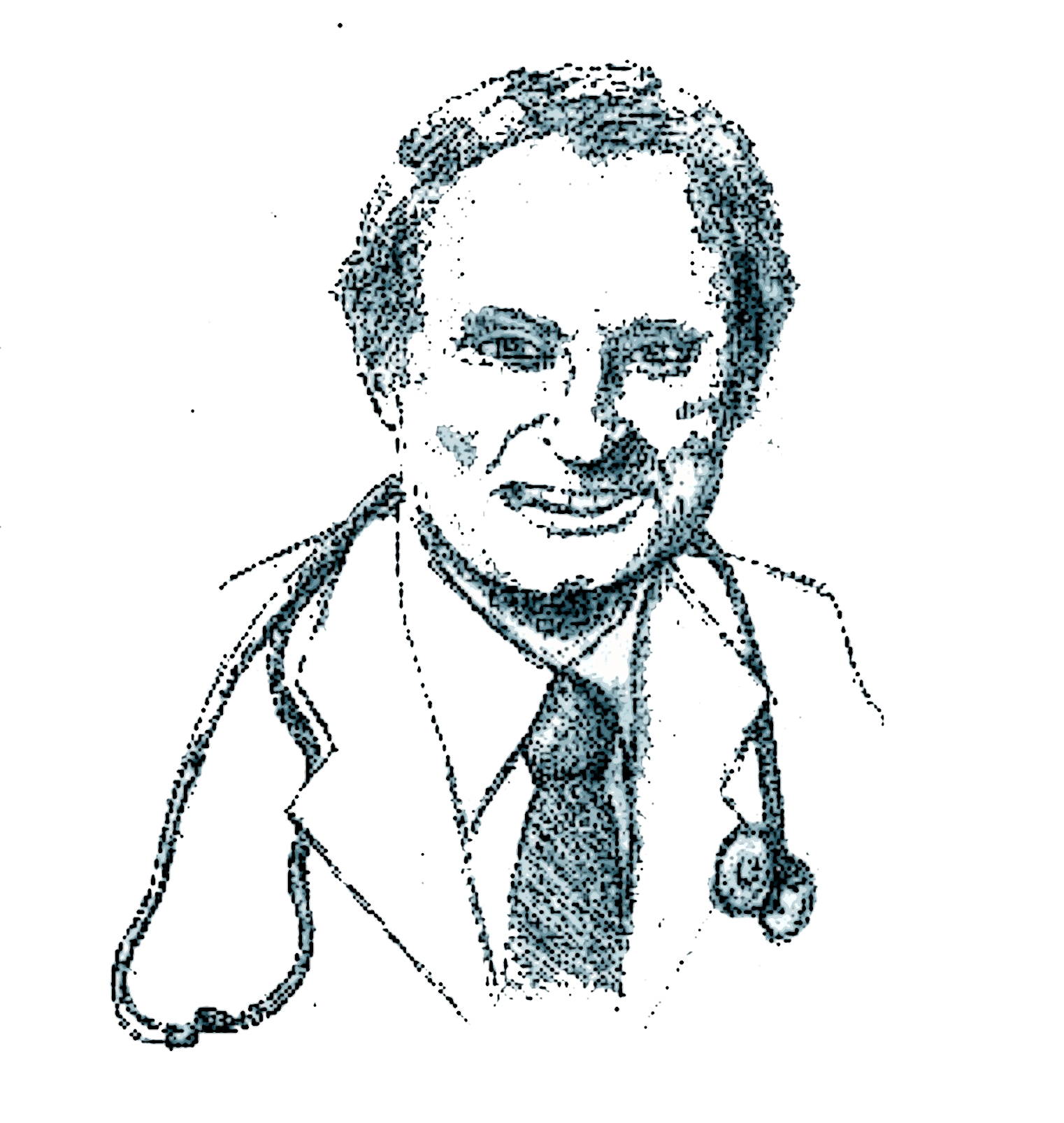 "It is incumbent upon ourselves to seize the destiny of our own medical health. No doctor or medical institution shall resolve the underlying causes for us."

"I am so glad you are still selling the Zeta. It is such a boost to my health!" 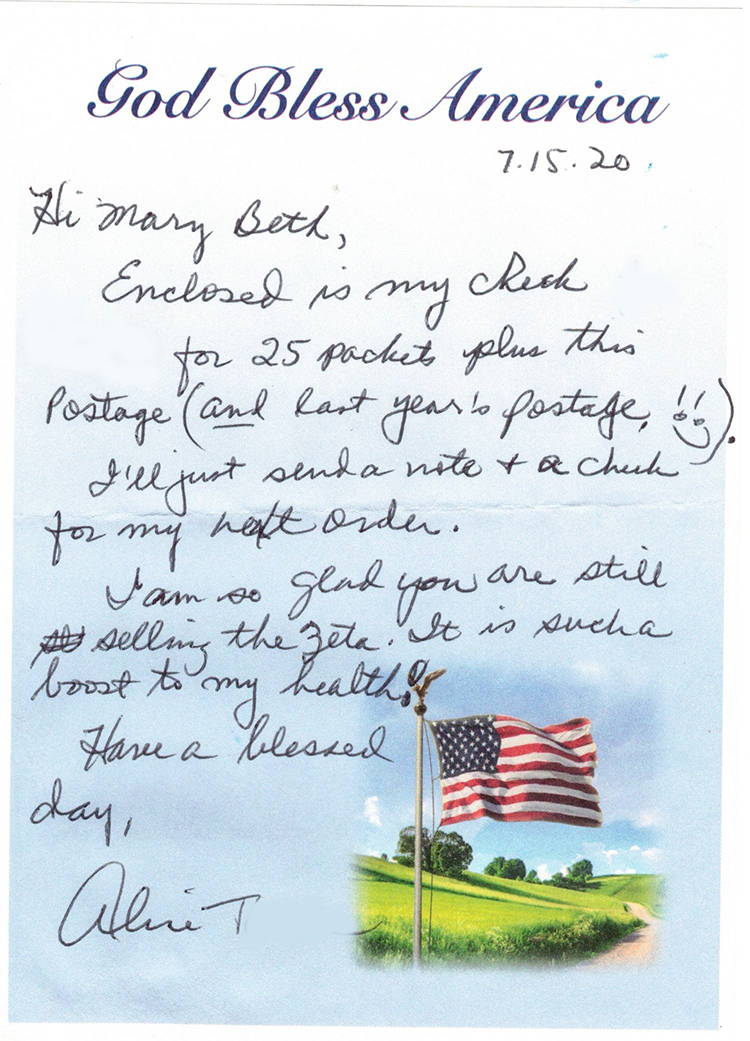 "He has really brought a much needed science into the mainstream for acceptance."

"To paraphrase what Dr. McDaniel said. Truly, if it is to be, it is up to me. I would like the express my sincere appreciation to Dr. McDaniel for all he has done for me and for all the good he has done for so many people during the years he practiced and beyond. He has really brought a much needed science into the mainstream for acceptance. The resistance to change factor (RC factor) is still out there for most doctors and it is a shame. His book, Disease Reprieve, should be a must read for any doctor truly interested in helping his patients. 'Do not let your own innate resistance to change become the cause of your own demise. I wish you a lifetime of ease." ​

Click here to read an article by Michael Hendrickson and his entertaining, Layman's explanation of Zeta Potential.

"The knowledge is invaluable!"

"I think your father is probably a genius, even though I understand very little of his book. It is written in 'techno speak'. My understanding of chemistry is not what I'd like it to be. It is obvious that it is written as a manual for professionals. I have thought of trying to find someone to help me translate it for the layman. The knowledge is invaluable! The AMA and the pharmaceutical industry would not like the information about Zeta Potential to become common knowledge. I would love to be part of making that knowledge available to everyone. If you ever consider letting someone promote and sell your product, I would be interested in working with you. I truly believe in enabling people to take control of their health."

"It is never too late in life to enjoy each moment."

"Dear T.C., I received your letter upon my return from MI. Thank you so very much. I was glad to hear from you. 'As we change the way we look at things, the things we look at change.' You have a beautiful loving soul and spirit which has blessed untold multitudes during a long and very productive life, my friend. May those blessings of wisdom, healing, kindness and love be returned to you now in full measure.....pressed down and overflowing in all ways. It is never too late in life to enjoy each moment. We can still take that road trip in a vintage automobile and flirt with all the waitresses along the way. Maybe it's time to mix more Zeta Crystals for the many who want and need them. Don't think it hasn't..."

"There are many people who rely on Zeta Aid for help with their health."

"Dear Dr. McDaniel, Thank you for offering Zeta Aid Crystals again. Please know that there are many people who rely on Zeta Aid for help with their health. Thank you."

"There are so many imitations online, but none of them work like the real thing."

"Dear Dr. McDaniel and family, It was so nice to speak with you the other day. I often reflect with gratitude on the time you spent with my sister and my daughter helping us with her kidney stones as well as teaching us the principles of Zeta Potential as applied to daily health issues. I have often wanted to send you a personal thank you and let you know how what you taught has helped others. You may recall that I originally came to see you in Cincinnati because my then eleven-year-old very petite daughter had been diagnosed with a kidney stone via CT scan. Upon further studies, they felt that she was too small to use instruments to retrieve if internally and they could not find it on x-ray, so lithotripsy was not an option either. They said that if it began to move again and block any vital structures of the kidney, they would need to operate going in through the back and probe till they found it. As a mother, I panicked. If they couldn't find it with x-ray, what kind of success could they hope to have with the naked eye probing? Providentially, we heard you speak and I knew I had a better, safer option. Once I knew the cause of stones in general (coagulation), I was able to adjust our diets and begin taking zeta water and we never had any more problems with kidney stones. In fact, we began to use zeta water for all sorts of stuff. On my way home from visiting you, we stopped by my parents; home only to find my father on his third day in bed unable to get up due to a very enlarged great toe. It seems he had developed a very bad case of gout and was trying to self-treat by drinking lots of (tap) water. I immediately pulled out a packet of zeta crystals and mixed it with some of my reverse osmosis water that I had in the car and applied a zeta water compress on his toe. The redness and pain immediately began to get better, so much so that by the time our visit was over, he was able to get up and use the restroom for the first time in three days. I also talked with him about drinking purified water. That made sense to him as he was a retired occupational health medical doctor. He began to use zeta water faithfully. This was particularly timely as not too many years after beginning to drink clean water and use the zeta crystals; he had double knee replacement surgery. What a nightmare that was. Thankfully, he had not stopped taking the zeta water pre-op as I believe we would have lost him then. Several days post-op he had a sudden episode of severe shortness of breath, profuse sweating and feeling of impending doom. He begged the nurse's aid to give him oxygen, but she insisted that he was just having a panic attack and that he needed to calm down. His oxygen stats fell to 85 and she still refused. My sister, who has no medical training, remembers the 85, but didn't realize that dad had probably developed a pulmonary embolism. The doctor was never notified. Thankfully, the episode passed. When I asked my sister if she remembered the color of dad's urine, she said it was very dark yellow almost orange. Thanks to your training, I knew what that meant... indeed, knew to look for it! Dad lived to be eighty-seven and it was not until the last three months of his life that he was not fully in control of his faculties. I think Zeta water had a lot to do with that. A few years back when my daughter with the kidney stone was finishing the final plans for prom, her best friend came over. I was stunned to see that she had over done it at the tanning salon hoping to have a really great tan for the evening. She was beet red. Her burn seemed to be getting worse as I looked at her. She was in terrible pain and didn't want to go home and face the mom fury. I quickly took her in and mixed up some fresh zeta water with ice water and began to apply it to her entire body one side at a time. We worked on her for and hour rotating side to side. About 1½ hour later, she looked pink, but not burnt. When she told her mother what had happened, her mom would not believe that she had been burned. It was truly amazing to see such a severe burn reduce before our eyes. Indeed, we have found that there are few things that zeta water doesn't help... I'm not sure what they are, but there is probably something! We use it on acne-works fast, cuts-soak in straight zeta water for at least twenty minutes, animal bites and stings, bruises, injured joints, you name it, it helps. When we found that you have a website and are still selling the crystals, I was overjoyed. There are so many imitations online, but none of them work like the real thing. I have tried them, and have been sorely disappointed. Glad to hear you are doing well and looking forward to your website popping up first on Google searches. Thanks again for all you have done for me and my family."

Get Started On The Path To Zestful Wellness

Zestful Wellness LLC: This website was created to share information based on the principles taught by Dr. T.C. McDaniel in his practice for more than 55 years. Please consult with your medical professional before beginning any new nutritional program.